Best places of residence in Istanbul 2021

Best places of residence in Istanbul 2020

Many foreigners wishing to live in Turkey, including Arabs, come every year to Istanbul as the best option to live in Turkey, but once they start their search for the best areas to live in Istanbul, the options begin to fall apart and with it the Arab citizen is confused about finding the most suitable.

To find a full answer to this legitimate question, anyone who wants to buy real estate in Istanbul in the best living areas of Turkey writes you detailed information about:

What is the best living area in Istanbul for Arabs?

What is the preferred Area of The Arabs in Istanbul?

Is European Istanbul better for Arab ownership or Asian Istanbul?

What are the prices of real estate in arab favorite areas?

Why is Istanbul an excellent choice for Arabs to live and live?

Istanbul is an excellent choice for " living in Turkey " at all levels, especially since it is a charming city with a charming two continents and a unique architectural character, cultural and advanced economy in addition to being a tourist city with millions of arrivals annually to enjoy its best picturesque areas and imaginary views in its European and Asian parts.

Istanbul has become more unique to other cities in Turkey, as it has the largest and most powerful infrastructure in the country, as well as all kinds of modern transportation, which made life easy for the investor or the stable despite its large area and its division into asian and European parts through the Bosphorus, the distinctive aesthetic mark in Turkey.

All these issues have made the search for the best residential area in Istanbul not easy, which we have sponsored as a media team and experts at Al Huda Real Estate Investment in Turkey, and we will answer about it in the following article.

Istanbul European attracts many foreigners wishing to live and invest real estate due to its enjoyment of the best real estate in Turkey , as well as containing the best projects, malls, tourist areas, historical, archaeological and coastal.

For Arabs seeking the best areas to live in European Istanbul, al-Huda advises: 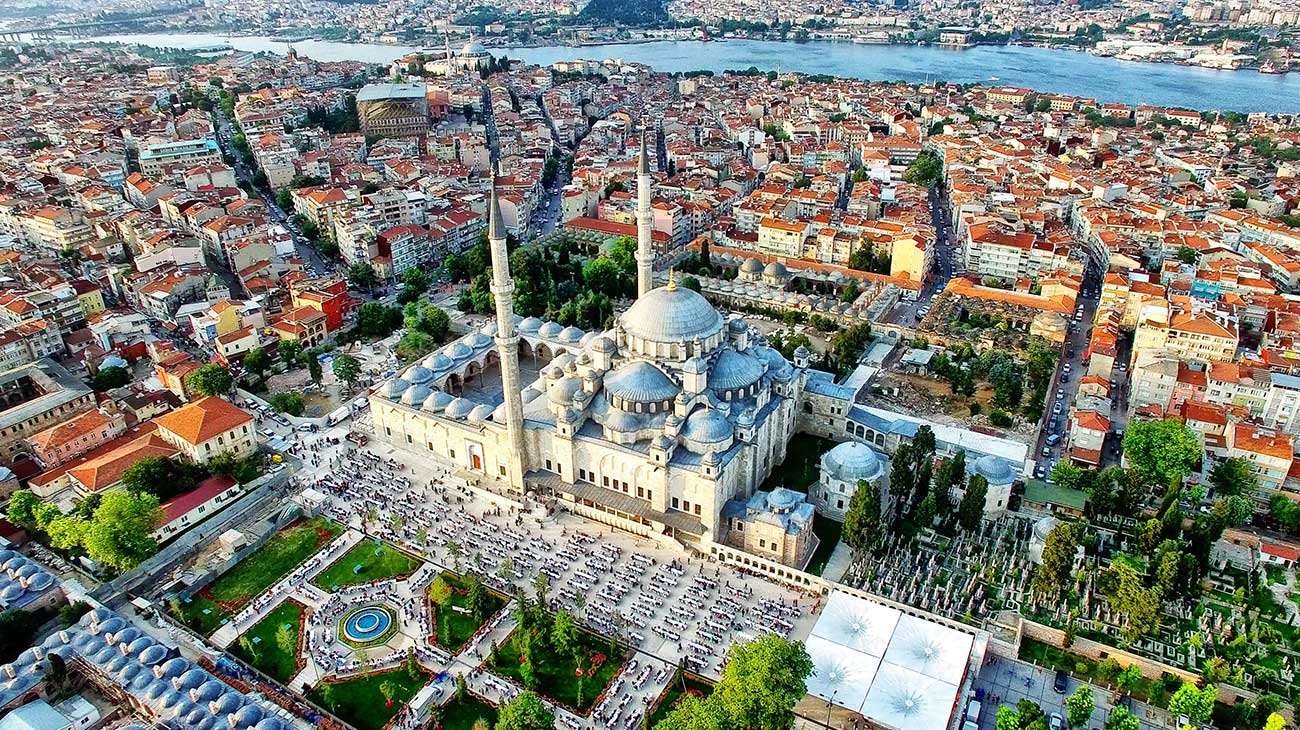 The conqueror, or the first arab lover in Istanbul as it is called, where thousands of Arabs are stationed to live and invest, because they are of great historical importance, they contain the old Fatih Mosque, the shrine of Sultan Muhammad the Conqueror Fatih Fatih Constantinople and many other mosques such as Aya Sofia and Sultan Ahmed, as well as popular markets such as the Egyptian market or the Egyptian market, weekly bazaars and others.

Al-Fatih is inhabited by the committed Turkish class, which helps arab culture and customs a lot for housing and stability.

In addition, the fatih area is close to the sea and has a strong infrastructure and a diverse transport network that has made it one of the best living areas in Istanbul for Arabs who have chosen to live in Turkey. 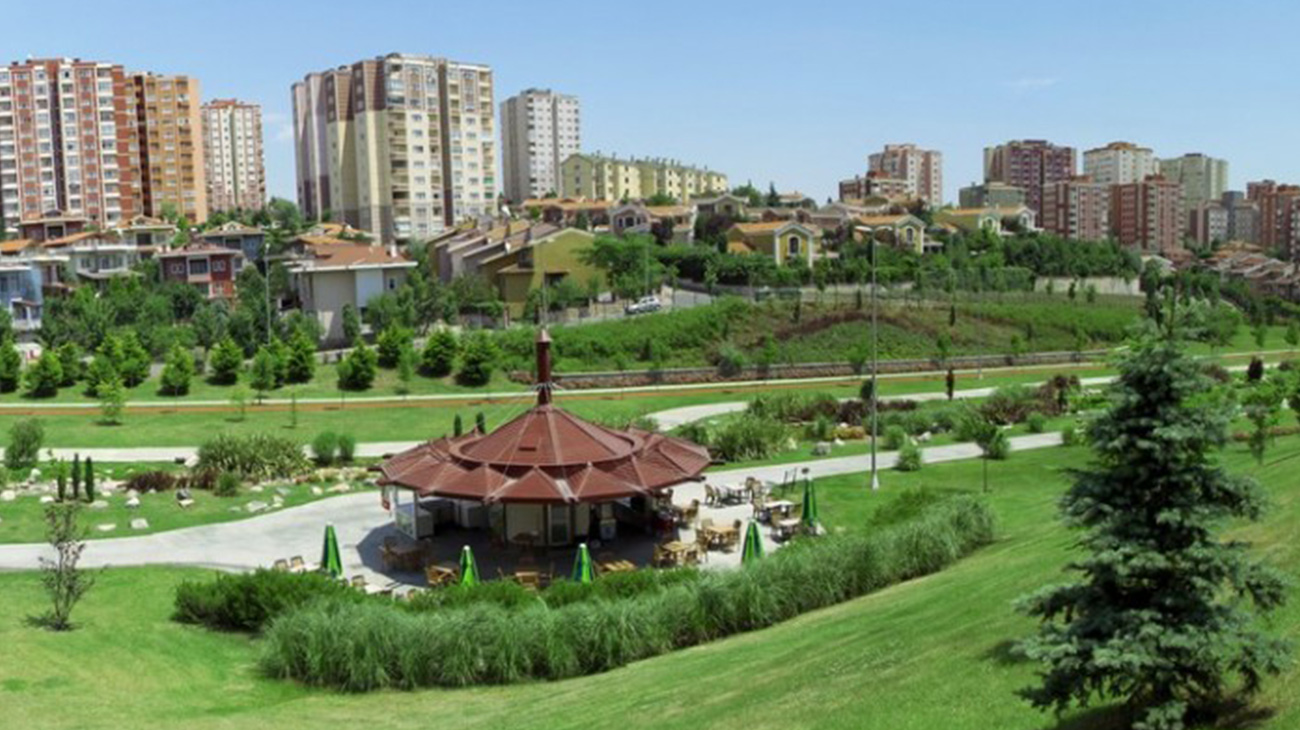 Bashakşehir, with its wide and organized streets and high-end urban designs, has become a strong contender for the Fatih area to win the title of the best residential area in Istanbul for Arabs, and al-Huda receives daily dozens of Arab customers who choose Bashak Shahir in itself in order to buy real estate in Istanbul for the purpose of owning, housing, stability and even for profitable investment purposes, due to the region's benefits in recent years regarding the strong infrastructure, the huge medical city, the transportation network, shopping malls and other attractions.

Basakşehir has become one of the best residential areas in Istanbul for Arabs because it includes the rich and committed class and also because real estate for sale in Istanbul - Basakşehir is considered one of the most expensive properties in Turkey, not to mention having various service and recreational facilities, green spaces, hospitals, schools and universities suitable for Arabs.

Arabs prefer Bashak Shahir to live because most of its properties are guaranteed by the Turkish government in addition to the fact that its community is young, the majority of which are young people by nearly 50%. 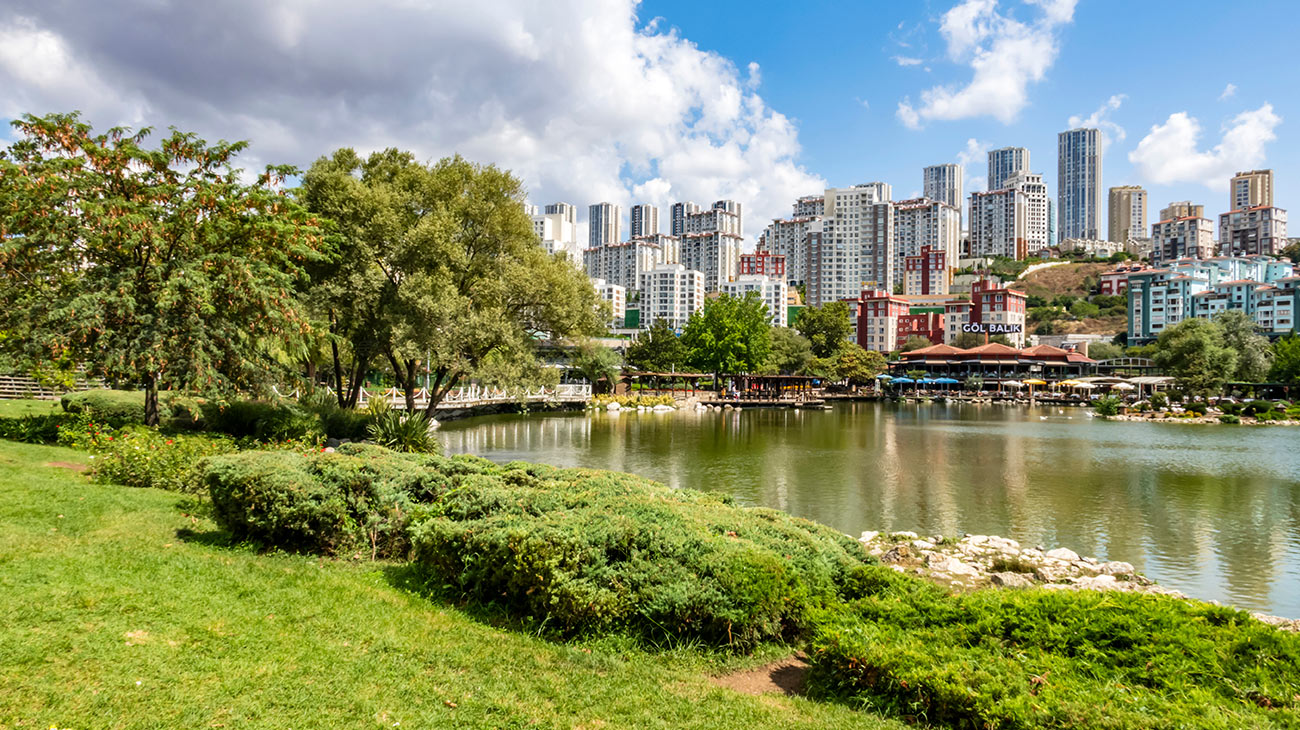 A famous delight or garden area open to the spacious greenery and breathtaking beauty, not far from Basakşehir, and includes the delight of the most luxurious famous and the latest high-end residential complexes of the major construction companies in Turkey and due to its proximity to nature, life in Bahchsha is famous for its tranquility, tranquillity and fresh air emitted from the surrounding greenery in addition to its large luxury villas in the arms of nature, which made Bahcheh famous one of the best residential areas in Istanbul for the wealthy Arabs.

The Bahchshahir area, which is administratively affiliated with the Basakşehir region as mentioned above, is characterized by the rapid development and urban growth, especially with the launch of one of turkey's large projects adjacent to the "Istanbul Channel III Project", which began to transform Bahchşehir into one of the most expensive investment areas in Istanbul.

Given the preference of many Arabs to "live in Turkey" within a green, fresh air and charming nature, Bahchşehir is the right choice and the best residential area in Istanbul for them. 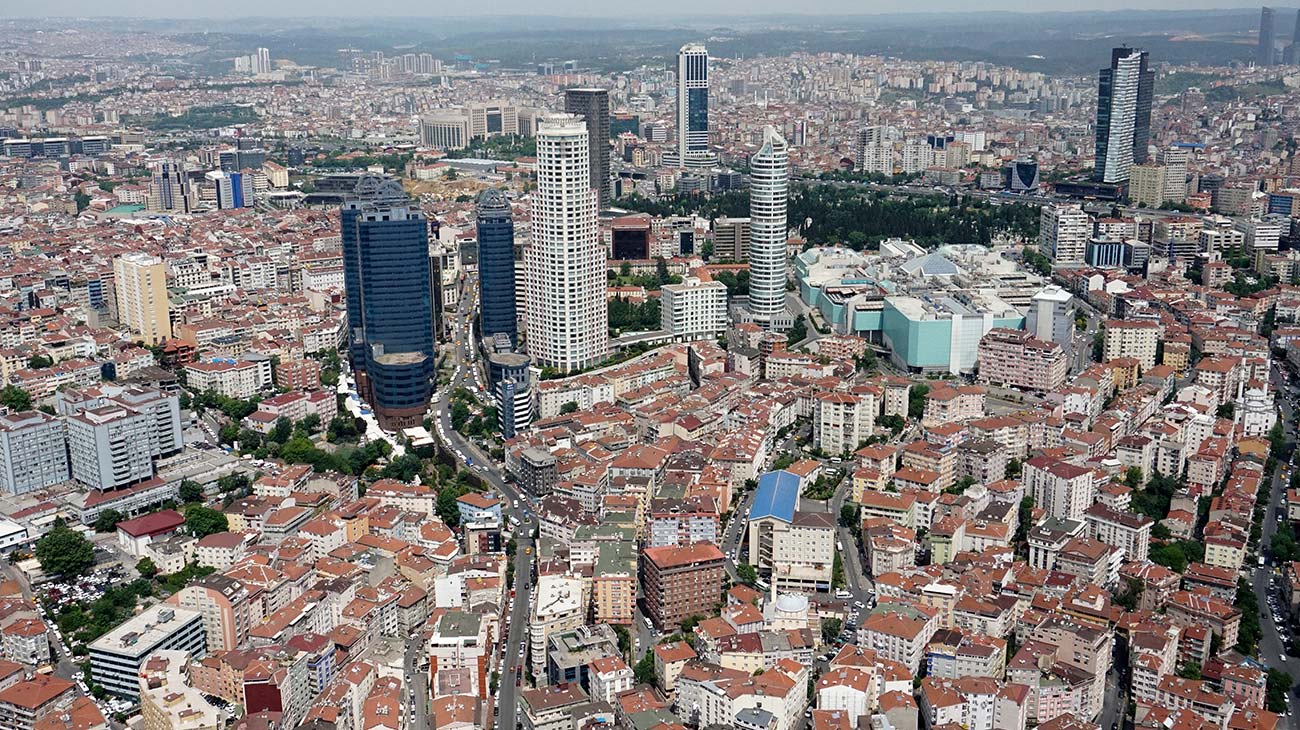 Shishli, Levent and Majidia Koi are among the best living areas in Istanbul as the center and charming face that combines luxury real estate, contemporary shops, high-end commercial buildings and high-rise towers, which appeal to many of the world's rich and Arabs, which is explained by the high prices of real estate in Istanbul in these areas and even house rental prices compared to the rest of Istanbul.

The Arabs' desire to buy properties in Istanbul- Šešelj and Levent is further increased by their proximity to the Bosphorus Strait with its magnificent view and from the historic Fatih region and the famous Division.

The Shishli area, for example, includes the largest malls and malls such as Jawaher Mall and Trump Mall, as well as

Consulates in many Arab countries are therefore listed by Arabs as one of the best places to live in Istanbul. 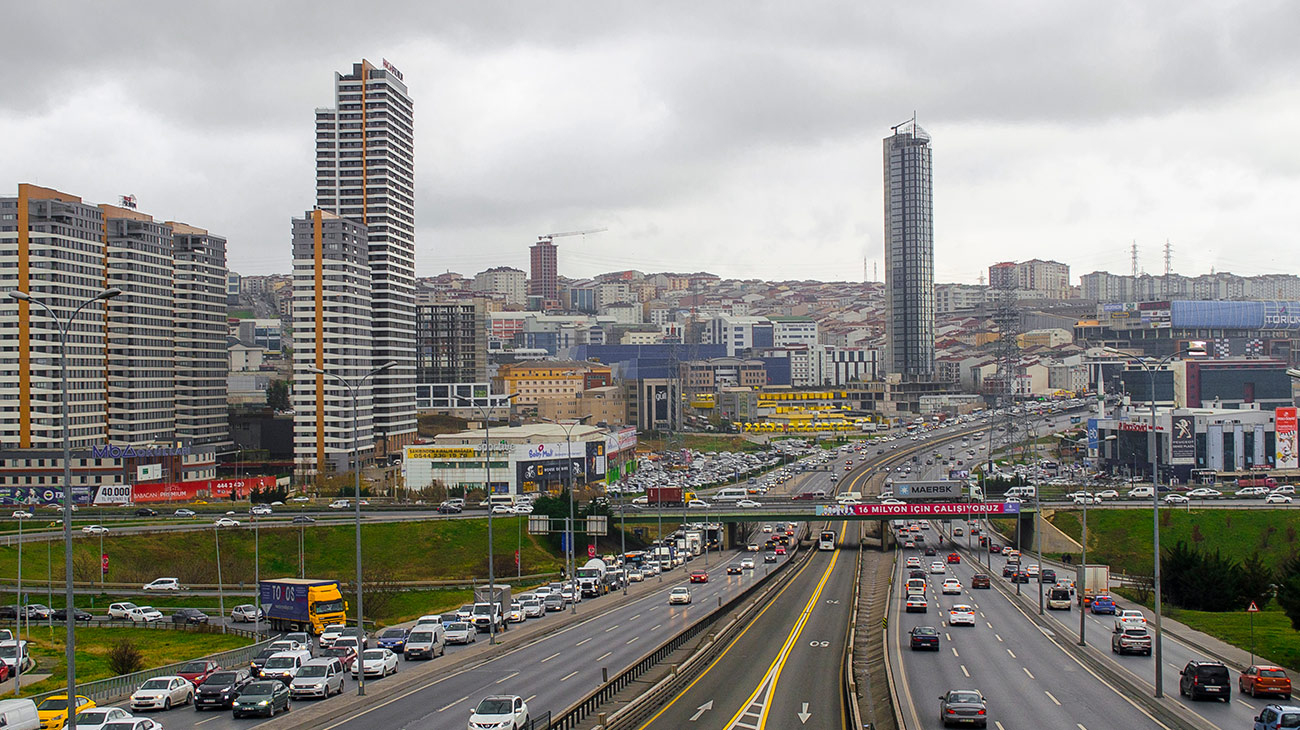 In recent years, The Belek Dozo region has become one of the best residential areas in Istanbul, due to its many advantages, such as its high investment value due to its stunning views of the Sea of Marmara and its vicinity to Evglaar, Biok Chekmjah and Asniort.

Belek Dozo is suitable for Arabs wishing to have a privileged area at cheap prices, and modern waterfront buildings on Marmara and Greater Istanbul Lake on the west side.

The high-end Belek Dozo area has the fastest transport metrobus stations in Istanbul, as well as schools, hospitals and other service facilities that have made it a magnet for the educated class and Arabs seeking life in a quiet and papery way. 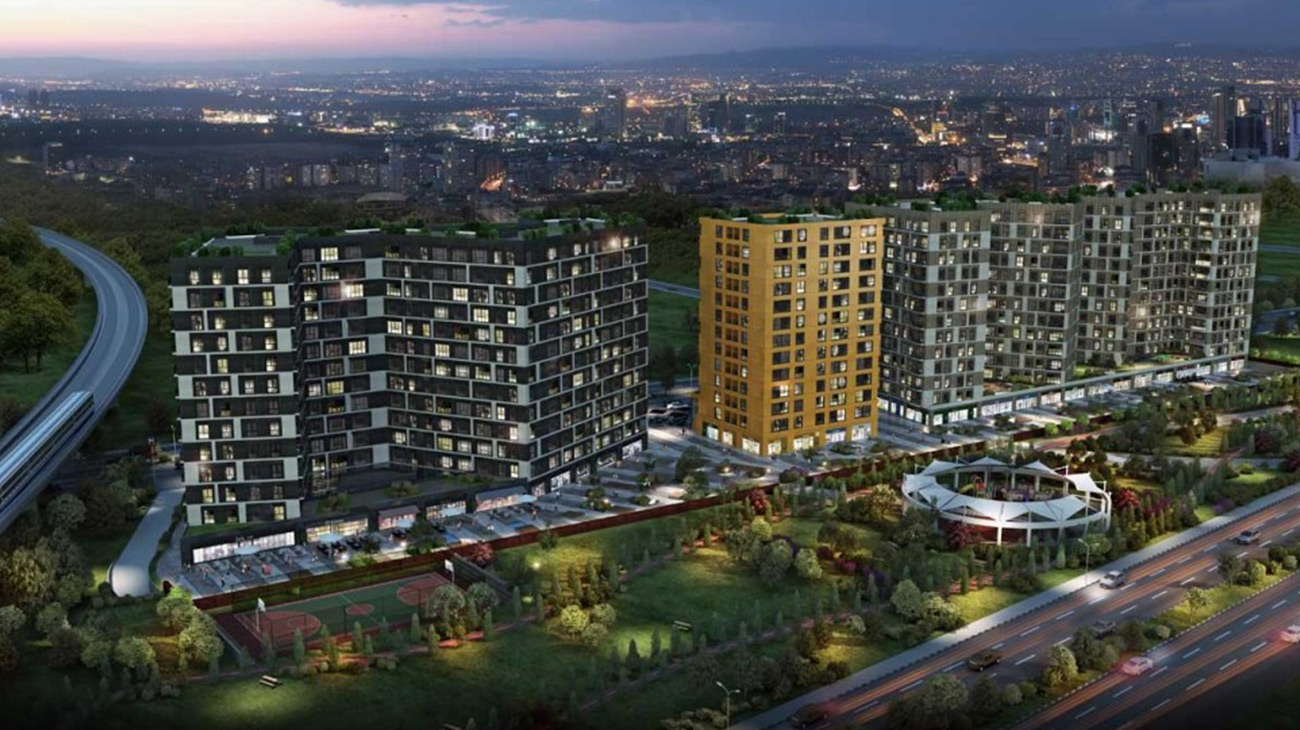 Owning Arabs in the Bassen Express area means buying a property in Istanbul's most promising and strategic area since the Basin Express Road is a link between Istanbul's nervousness and the TEM and E5 motorways. 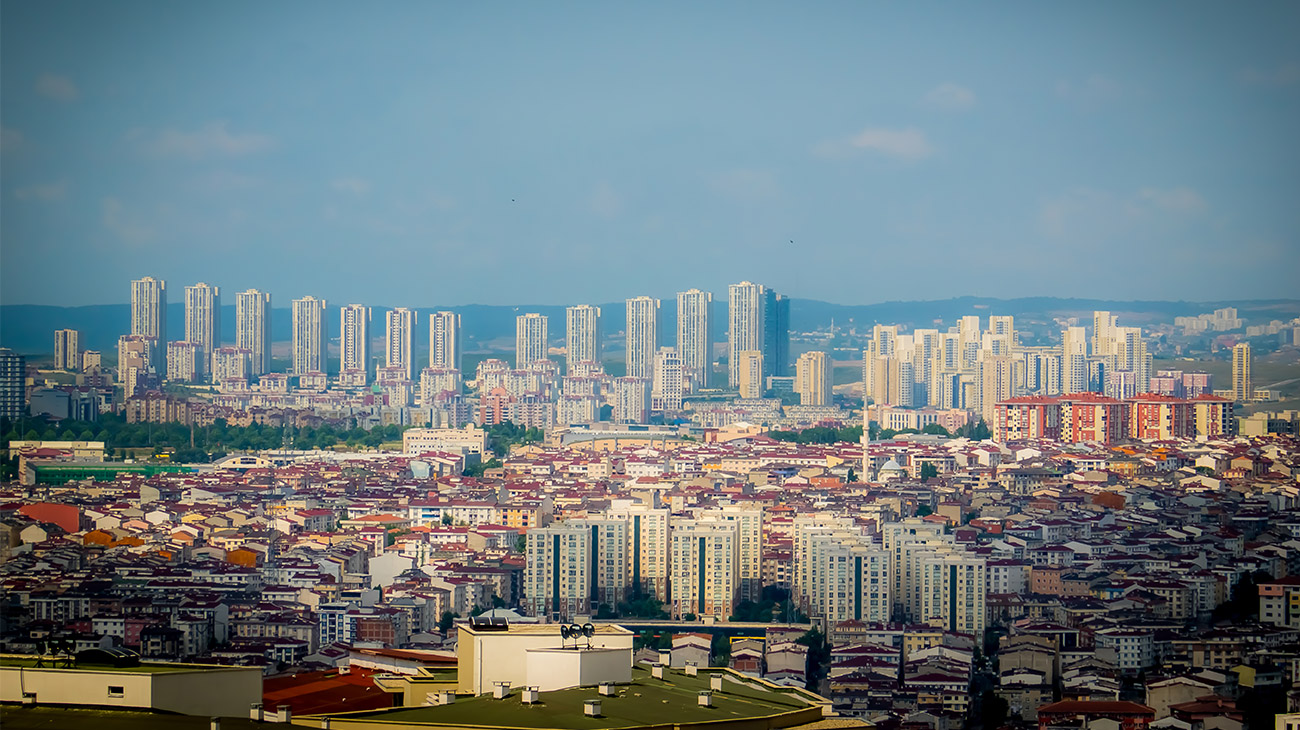 In recent years, the Turkish authorities have focused all their attention on the Asniort region, turning it into one of the fastest urban development areas, especially since it is bordered by Avglar, Paschak Shahir, Kochuk Chakmjah and Bilek Dozo.

One of the most important reasons that increased the demand of Arabs to buy real estate in Asniort is the low prices of real estate and the decrease in living expenses.

Modern housing projects that are being built intensively in Asniort have increased the arab demand for ownership.

These were the most important areas preferred by Arabs to live in Turkey and live in Istanbul, and generally buying a property in Istanbul, no matter what its area is, is considered a right and appropriate option to own the certificate of the experiences of millions of foreigners and Arabs who preferred Turkey from the rest of the world.