Istiklal Street in Istanbul, located in Taksim, which is one of the most famous and most beautiful historical tourist areas in European Istanbul,  the area of Taksim in the past was a centre for the distribution of supplies of water in the Ottoman era along with its political and social role.

Istiklal Street in Taksim is one of the most famous and vital streets of Istanbul in addition to being one of the most important tourist places in European Istanbul, where millions of tourists pass through it daily.

Taksim Street extends from the beginning of Taksim Square to the Galata region with a length of about 3 km and is located in the centre of European Istanbul, where  it is considered the vibrant heart of Istanbul, it is a centre for national celebrations and demonstrations, It stands in the middle of it a statue of the Turkish founder Mustafa Kemal Ataturk

Istiklal Street in Taksim area includes many stores that contain all the products you imagine ,the shops spread to your right and left such as clothing stores, shoes, antiques, sweets, palmistry and food stores in addition to shopping centres ,you can feel the enjoyment of shopping by walking on foot.

Also, on Istiklal Street there are many popular restaurants, cafes and hotels overlooking the Bosphorus, which attract many tourists, especially in the tourism season.

Among the most famous places on Istiklal Street in Taksim: 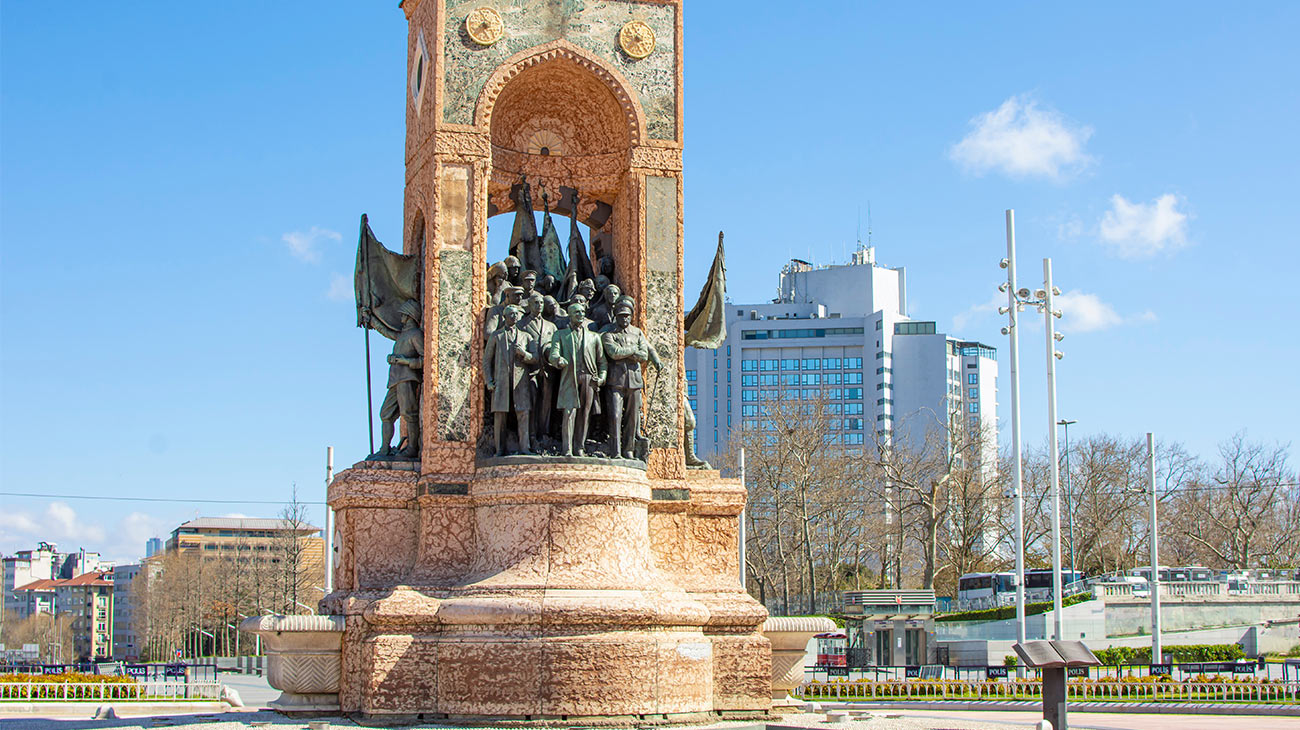 The Statue of Independence is located on Istiklal Street in the centre of Taksim Square, and is considered one of the most famous landmarks of Istanbul and the memorial to the city of Istanbul as it is called the Freedom Monument, it is considered a true reflection of the independence war waged by Turkey. 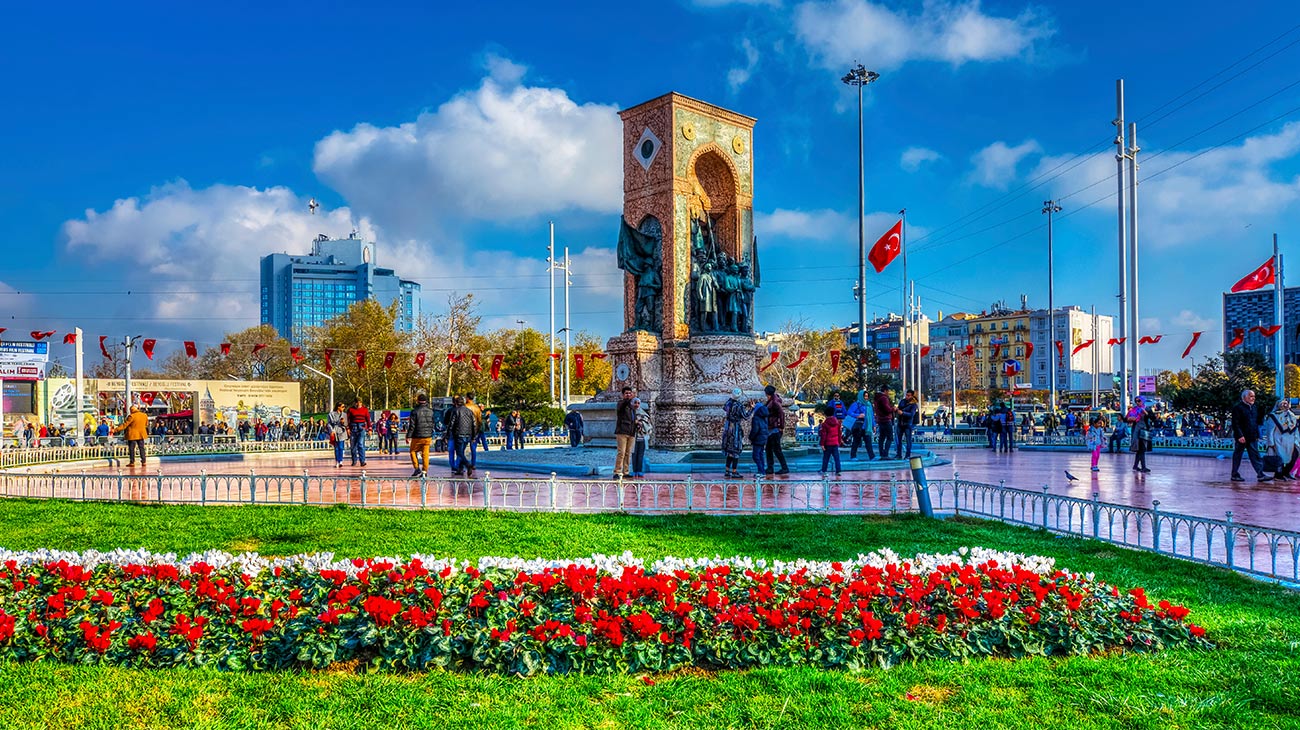 In the past, it was a theatre that received the sultans and princes before it was destroyed by a fire. It was rebuilt in a roofed manner with a glass ceiling, where it became similar to the Hamidiyeh market in Damascus.

It was named "Al-Zohour Street" due to the Russian immigrants, who were famous for selling flowers in it, where people from everywhere come to visit it.

Al-Zohour Street is considered one of the calmest and the most elegant places, and the street also includes traditional Turkish restaurants that offer dishes, sweets and famous Turkish drinks.

The Galata Museum is located on Istiklal Street in Taksim in Istanbul, and it is considered one of the oldest and most innovative buildings in Turkey.

The Galata Museum is the oldest Khan of Sufism in Istanbul, built in 1491 to be a centre of Mawlawi to revive their banquets and religious activities

In the seventeenth century, the Khan used a school for the Sufi orders that were widespread and then turned to a primary school, then to college and finally to a museum in 1975.

The museum displays the instruments of the Darwish, who perform the Mevlevi dance, which is one of the sama dances by the mystical poet Jalaluddin Rumi using old musical instruments that were used to play Sufi chants and prayers.

Mawlawi Darwish shows are organized every evening at five o'clock, as it is distinguished by its Turkish character and its distinctive music.

Art galleries are spread on Istiklal Street in Taksim, the most famous of it, the Beira Museum, an art museum that focuses on Orientalism in nineteenth century art through the paintings gathered by the famous Ottoman artist Othman Bey Hamdi, the value of these paintings is more than $ 3 million.