Galata Tower to be reopened this September as a museum

As the special marque of the capital of the world, Istanbul city the cradle of many Empires.

Lies the Galata Tower is one of the most important historical and touristic destinations in Istanbul  overlooking the Golden horn bay and the sea of Marmara. 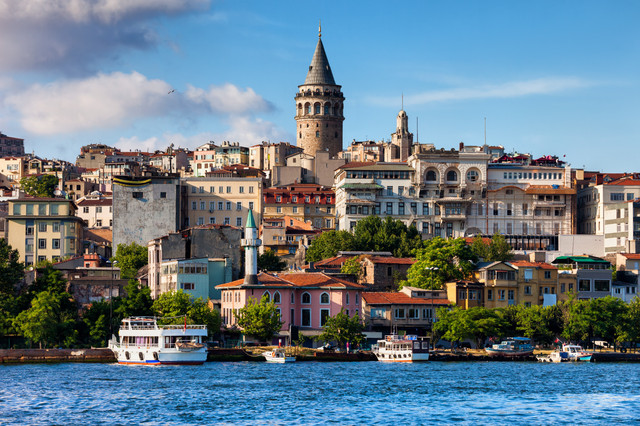 So, to maintain this important monument, one of the most beautiful landmarks in Istanbul, the Turkish authorities are keen to complete the largest restoration in the history of the Galata Tower, which was scheduled to be converted into a museum before it reopens on September 15 to support tourism in Turkey.

The tower was handed over to the General Directorate of Public Institutions, that is, affiliated with the Turkish state, where it will assume the task of closing the tower and restaurant of the tower, which is managed by the Istanbul Municipality Company, and it is expected that after the opening of the tower again, various exhibitions will be organized in each of its crew.

It is not the first time that the Galata Tower has undergone a restoration process, where it has been subjected to it many times, most recently in the sixties of the last century to be included in the year 2013 in the list of the temporary world heritage. 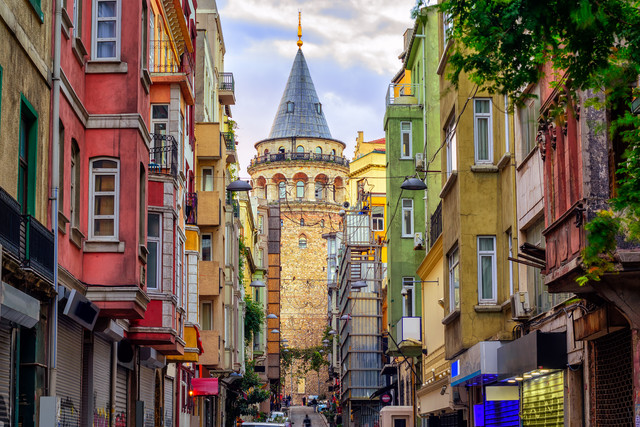 The historical restoration process that followed the earthquake was carried out by the well-known architect during the reign of the Ottoman Empire, "Khair al-Din", one of the most important pupils of the original Ottoman architecture "Mimar Sinan".

Among the historical stories told about the Galata Tower is the attempt by the Turkish scientist "Ahmed Shalabi Hazarfen" to fly in the year 1638 by installing artificial wings and starting from the roof of the Galata Tower to the Uskudar area on the Asian side of Istanbul, where he managed to cross more than 3358 meters with his synthetic wings as the first basic experience of a person in the world of aviation.

The Galata Tower consists of 9 floors, with a height of 66.90 meters, an outer diameter of 16.45 meters, while its internal diameter does not exceed 8.95 meters, and with walls up to about 4 meters (3.75 meters) exactly.

Ascending to the first seven floors of the tower is through an electric elevator, while the tourist can reach the remaining floors of the tower on foot, where on the last floor there is a restaurant and a circular balcony overlooking many areas of Istanbul, including "Eminonu, Uskudar, Taksim and the Golden Horn Bay". 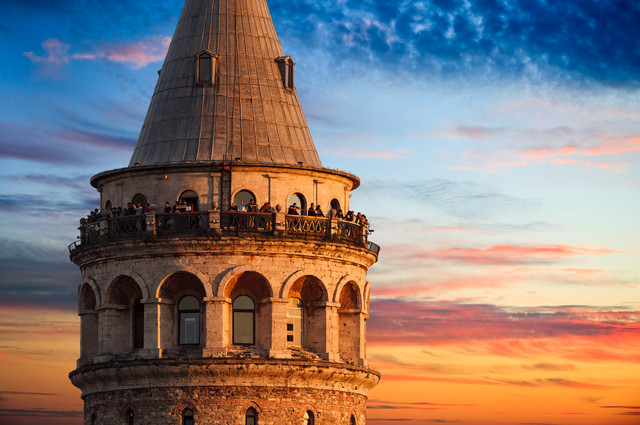 When visitors enter the first floor of the tower, which is managed by a private tourism company, they are greeted by several employees to guide them on their tour of the tower.

Before the start of the tour, tickets for tourists are given and their entry rows are organized in groups in which each group consists of 6 people.

Also, before going to the up floors, visitors can buy souvenirs on the first floor where there are many tourist shops.

The Galata Tower Administration does not specify a specific period for the tour of the tourist inside the tower, where a foreign tourist can enjoy the tower and its panoramic view for $ 7, while the Turkish tourist pays only $ 4.

On the eighth floor, tourists find many restrooms and a photography studio in which memorial pictures can be taken and received immediately.

The studio also displays clothes dating back to the ancient Ottoman era and those of the Turkish henna night, which enrich the decor of the photos taken with glorious beauty.

Once out of the historical tower, tourists will find many restaurants and cafes, where they can have a cup of tea or Turkish coffee in fresh air by the tower, and also take the most beautiful selfies alongside it.

In conclusion, it should be noted that the historical tower, despite its being subjected to fire twice in the era of the Ottoman Empire "1794 AD and 1831 AD", has for decades been a compass for "tourism in Turkey" and for those who wish to embrace the enchanting Istanbul and its historical landmark.