Property for sale in Bursa: What are the best aspects of living in Bursa

"My departure with her began one spring. I became attached to her as I had never done before. It drew me to her in a way that I could not comprehend for a moment. I tried to give a name to its charm, attraction, but rather an obsession with all its meaning. I left her in 2015, but it did not leave me. So I went back to it again, a resident, not a visitor. It is Bursa, it is life, it is comfort, and it is the house that I was looking for.

Anoud is a tourist from Qatar who came to Turkey for tourism. After visiting Bursa, she decided to settle permanently by buying a property in Turkey. This charming city is located northwest of Anatolia along the coast of the Marmara Sea. About one and a half million residents live in it. It is considered as the fourth city in Turkey in terms of population and the first in the country in terms of the most suitable cities to live in, and 48 in the world due to its picturesque nature, low cost of living, an abundance of recreational places and job opportunities in many fields.

The province of Bursa has become one of the best livelihood destinations for Turkish citizens who move to it annually by the thousands and choose it from among many regions, where you can find apartments for sale at reasonable prices. As well as foreigners who come to it as tourists and settle in later, as it includes many landmarks and places that make everyone flock to it, and in the paragraphs below we will list the most prominent of them.

Bursa is like a green paradise because it has many green spaces, gardens and parks open to nature. The most important of which is the most famous of the five consecutive parks, the "cultural" park, which extends over an area of ​​393,000 square kilometers, in which enjoyable water games are held. The park contains an open theater with a capacity of about 5,000 spectators, restaurants and cafes.

The "Botanic" garden, or the large flower garden, is admired by its visitors for its stunning views.

Bursa contains many entertainment places that make it a daily destination for visitors, Turkish citizens, or tourists, such as the "Podium Park," which includes Bursa amusement park for children's games and many shopping places.

"Luna Park" is the most famous amusement park in Bursa, which is in the Cultural Park. It includes modern and traditional electric games for both young and old.

"Sukay Park" is another unique place for enjoyment and entertainment. It contains a park to practice skiing on the lake water's surface, surrounded by many restaurants and cafes where people sit to enjoy watching this sport.

The F-16 Karting car race is one of Bursa's most influential entertainment destinations, as it is only a short distance from the "Animals and Botanic" parks. A racecourse is an important place that appeals to young people who love this exciting game.

Many of those wishing to buy real estate in Turkey prefer to own near amusement parks and games to provide the most suitable entertainment atmosphere for their children and families. 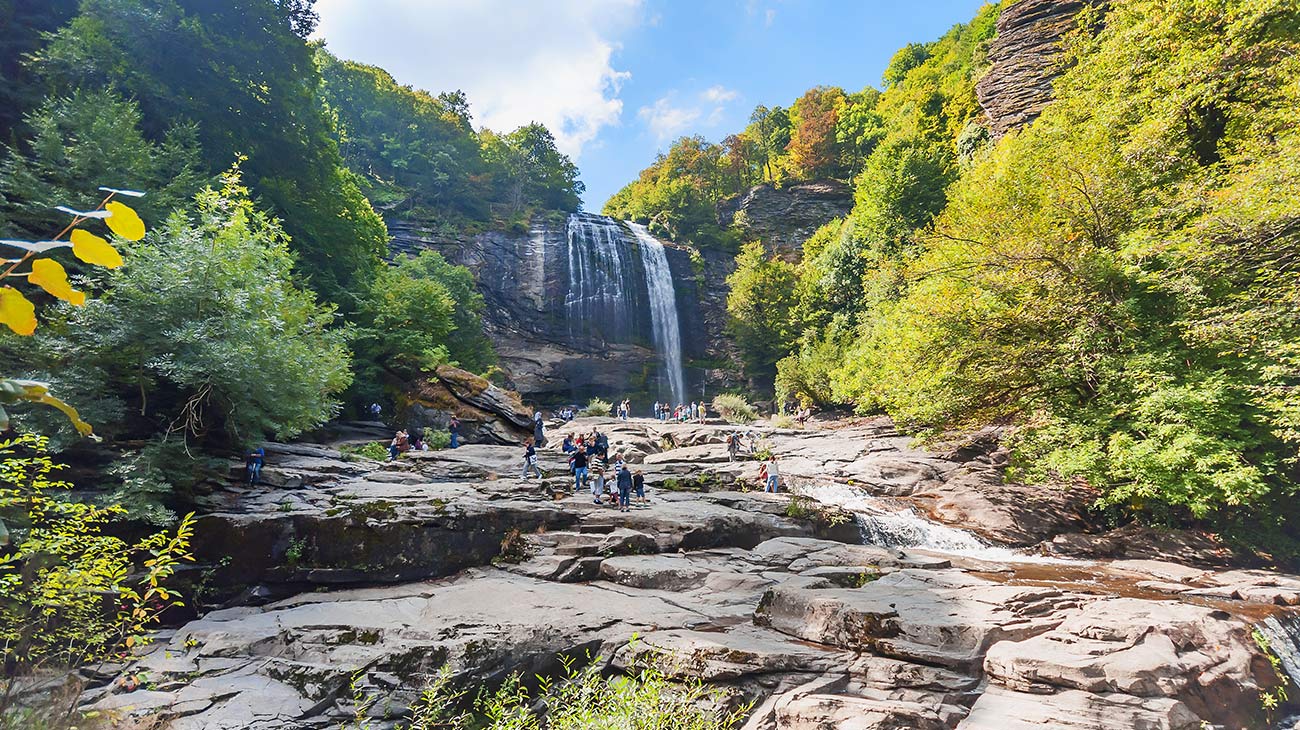 There are in Bursa, or the green city, as many like to call it, many waterfalls that annually attract thousands of tourists. Among its most beautiful waterfalls, the "Saidabad" waterfall in the Kastel region and the "Koricli" waterfall reaches 82 meters, is covered by dense forests and its waters flow in a beautiful pool. Also, the Stock Exchange includes the large waterfall known as "Kemal Pasha" waterfall, "Uyilat" waterfall, which is full of clear springs, and the " Duanji " waterfall near the "Douansi" lake, where barbecues are held, and many young people prefer camping and organizing picnics.

The lakes also receive a large share of the breathtaking nature of Bursa Governorate, where all the lakes share their freshwater, including the "Alopat" lake, which contains seven islands. The "Kush Jannat" or bird sanctuary, where thousands of birds live, and Lake Iznik, the fifth largest lake in Turkey, Dainegi Lake, the best places for camping and fishing, Doganji Lake and the Black Lake located at the highest peak of Uludag Mountain. 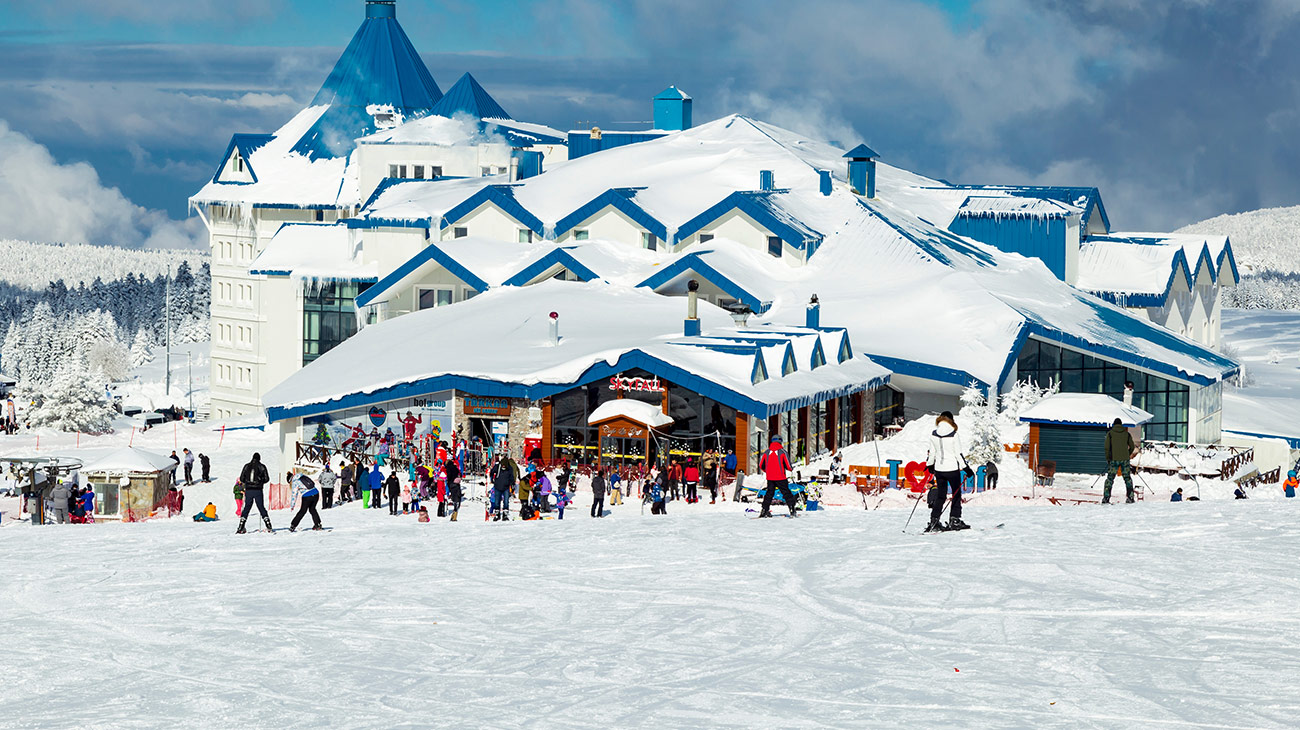 Uludag Mountain, or the Great Mountain, and some prefer to call it the legendary mountain, as it is considered the highest peak in the western Anatolia region and Marmara at 2543 meters from sea level tourist attractions in Bursa.

And access to the mountain is by land and by air through the most popular and most straightforward method in winter, the "cable car," where the snow reaches 4 meters.

Thousands of tourists flock to the mountain annually, specifically for skiing, and international competitions are held between December and March.

And Uludag Mountain has also contributed to attracting many people looking for apartments for sale in Turkey near natural areas and mountain and ski lovers. 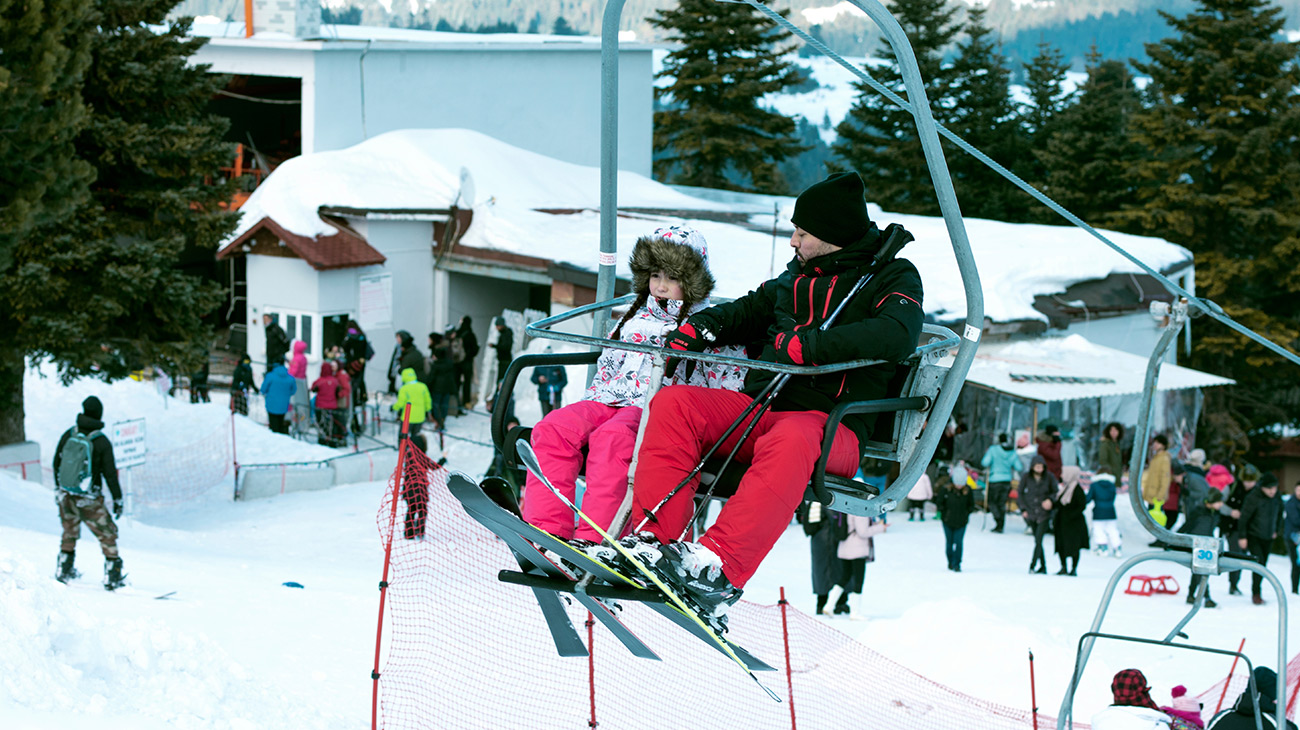 The Bursa teleferik has transformed from just a regular means of transportation to a stand-alone tourist attraction where visitors come specially to ride it in a unique experience that cannot be forgotten. The Bursa teleferik, which gives its passengers a fantastic view over Uludag Mountain, is 9 km long, making it the longest teleferik.

Bursa is famous for its natural hot baths, rich in iron and sulfur, derived from Uludag Mountain, where the water temperature reaches 80 degrees Celsius.

Bursa contains a group of historical villages, most notably Jumali Kizik or the wonderful Ottoman village outside Bursa. It is famous for its cobbled streets and distinctive design of its buildings, where the visitor finds the opportunity to have the most delicious breakfast in the Turkish country style in the open air.

Bursa contains many traditional and modern shopping spaces, among the most important of which is the Goza Hani Bazaar, which includes the most pleasing types of silk fabrics and luxurious Turkish textiles at an affordable price.

Zafer Plaza, or "the pyramid complex," similar to the Louvre in Paris, is one of the most famous and fantastic shopping centers and the Covered Market, Tuesday Market, and Towel Mall.

As mentioned previously, the attractions of Bursa vary from natural to historical to religious. Among the most important of them is the Green Mosque, which contains a shrine and the most beautiful examples of Arabic calligraphy and is surrounded by cafes and souvenir shops.

Bursa is also distinguished from other regions in Turkey by the presence of beautiful caves and caves dating back thousands of years, such as the Ayvaini Magarasi; Balibey Han Magara; Oylat Magarası, the third-largest cave in Turkey, resulting from an earthquake dating back 300 million years ago.

The pine tree in the village of Incaya has become one of Bursa's most prominent tourist attractions. It is the most massive perennial tree in Turkey. It was planted back to the beginning of the Ottoman Empire's establishment and surrounded by a café and restaurant with a panoramic view of Bursa.

The searcher for real estate for sale in Bursa finds all the suitable options for housing, investment, and obtaining Turkish citizenship by investment and various properties that meet all tastes.

This request did not come out of anywhere, as Bursa's real estate investment process is one of the most successful steps for several reasons, including the following:

Finally, it should be noted that Bursa contains lovely places, which this article did not seek to enumerate or describe in a precise manner. The beauty of making it compete with Istanbul and other large Turkish cities to attract investors who established their industrial, commercial, and service projects . On top of them, Arab investors chose to buy real estate In Bursa due to its availability of modern residential complexes and villas of urban nature that correspond to the city's heart. Turkish construction companies are flocking to launch their real estate projects due to the increasing demand for an area that provides all conditions of comfort and luxury for its residents.