A lot of foreigners from different nationalities rush to buy properties in Turkey, especially after the package of legalizations that were issued by the Turkish government in the past few years, most importantly the cancellation of reciprocity in 2012, and the decision to reduce the value of buying a property to obtain Turkish citizenship to 250 thousand USD.

The issue of buying a property in Turkey is not limited to citizens of certain countries, as the Turkish real estate market has witnessed in the last three years, the emergence of investors from countries that were not expected, like China, which imposed itself on the list of ten countries most interested in buying properties in Turkey.

Investors and citizens of China entered the list of most foreign nationalities buying properties in Turkey, where the Chinese ranked eighth during the first half of the year 2020

According to a statement issued by the Turkish Statistical Institute known as "Turksat", the Chinese bought 415 houses between January and June to come in the eighth position in the list of the top ten, which is a surprise, especially with the difficult circumstance the entire world is living because of Corona pandemic, which led to the suspension of aviation and the decline of various commercial and investment activities in various countries.

Despite the absence of the Chinese from the Turkish real estate market for the past three years, they managed to return strongly during 2020 with great investments, as they recorded the strongest demand for buying properties in Turkey during June, ranking third by buying 78 real estate units.

The Chinese purchase of real estate is concentrated in Turkey in Istanbul, Ankara, and İzmir, where the Chinese find in these cities their goal, especially as they are always looking for the most promising real estate cities that are more qualified for higher real estate prices to achieve high-profit returns from their real estate investments.

Why do the Chinese rush to buy properties in Turkey?

To answer this question Irfan Karsli, President of the Turkish-Chinese Cultural Association, stated that in the past years, Chinese citizens have shown great interest in real estate investment and housing abroad, and primarily in the United States of America, but their interests have changed unprecedentedly toward Europe and the Middle East, Turkey came to the fore after the launch of the Chinese Belt and Road Initiative known as the "New Silk Road". 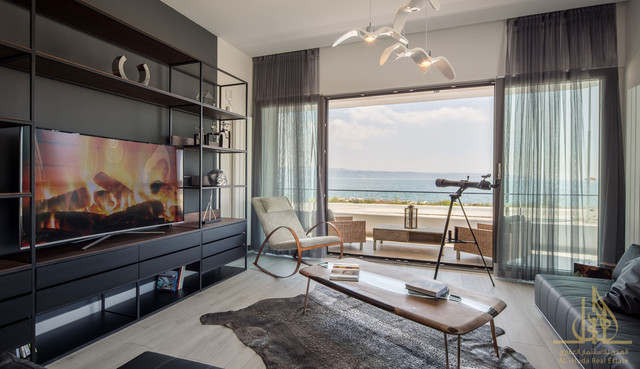 According to the head of the Turkish-Chinese Cultural Association, the following factors contributed to doubling the demands of Chinese investors for real estate in Turkey:

Among the few countries in the world that have managed in recent years to provide a safe investment environment for foreign investors, we find Turkey that has: