Turkey, which is charming by its nature, its ancient history, its popular markets, and its modern centers, has become the preferred destination for many Arabs and foreigners who wish to either tourism in Turkey or live in Turkey and also those looking for real estate investment in Turkey.

Istanbul is also one of the world's best shopping destinations, apart from its cultural heritage and natural beauty. Istanbul, a city founded on commerce and trade, has for many centuries been at the crossroads between continents and cultures. It is one of the most vibrant and interesting places on Earth, amongst its splendid mosques, palaces, and museums, where any visitor can find anything to his liking. Although many are visiting the ancient bazaars or the trendy Istiklal Avenue for their shopping, Istanbul also has countless shopping malls.

There are a total of 10 shopping centers in our list of the best shopping malls in Istanbul. The bulk of them is based on the European side.

Although mentioning shopping malls, we've added locations that appear to be the largest and most lavish. On the other hand, we have added comparatively small and inexpensive outlet shopping malls in Istanbul for those who want to purchase cheap clothes.

There are places near Taksim and Sultanahmet, which are popular tourist centers, on our list of the best shopping malls in Istanbul. However, as most of the shopping centers in Istanbul are situated in districts such as Sisli, Levent, Sariyer, and Kadikoy, more of them are on the list. 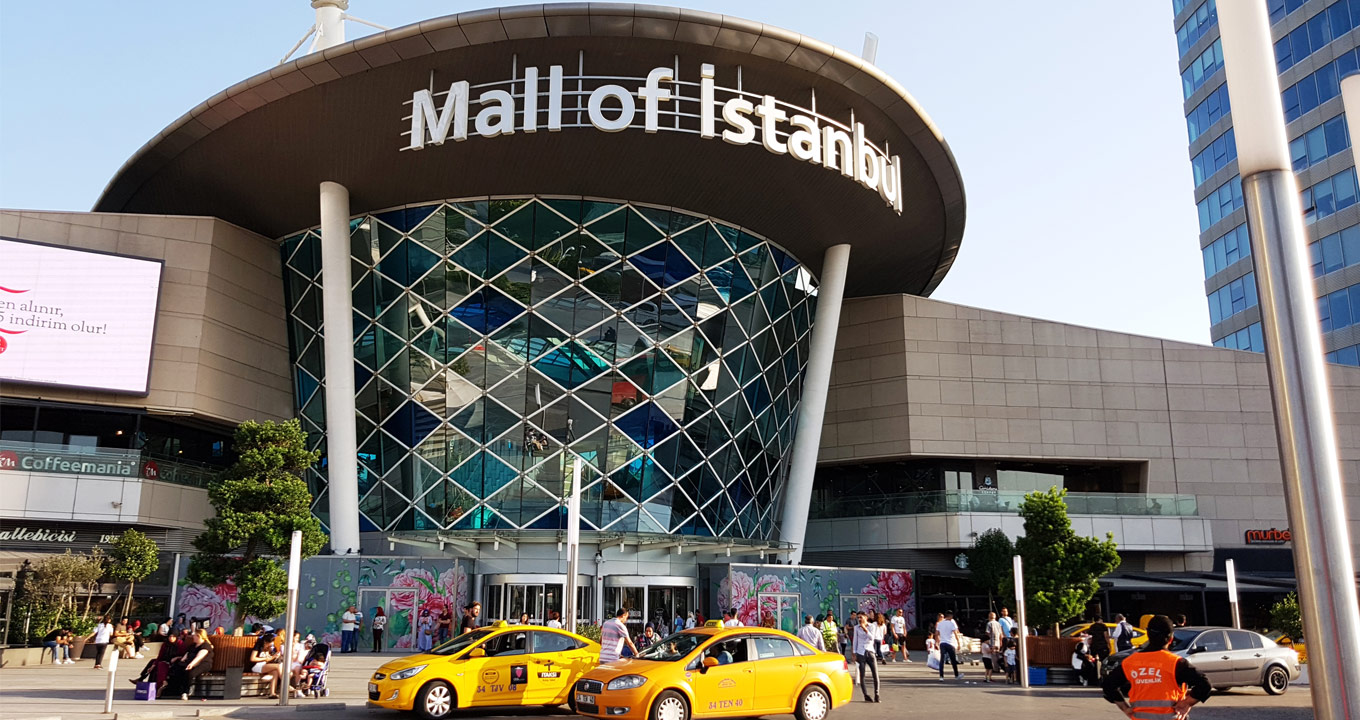 It brings together more than 350 stores and shops marked by the most famous foreign and Turkish brands, as well as a wide number of restaurants with different cuisines. It also comprises Europe's first indoor amusement park, a luxurious hotel with 300 rooms and many other interesting features. 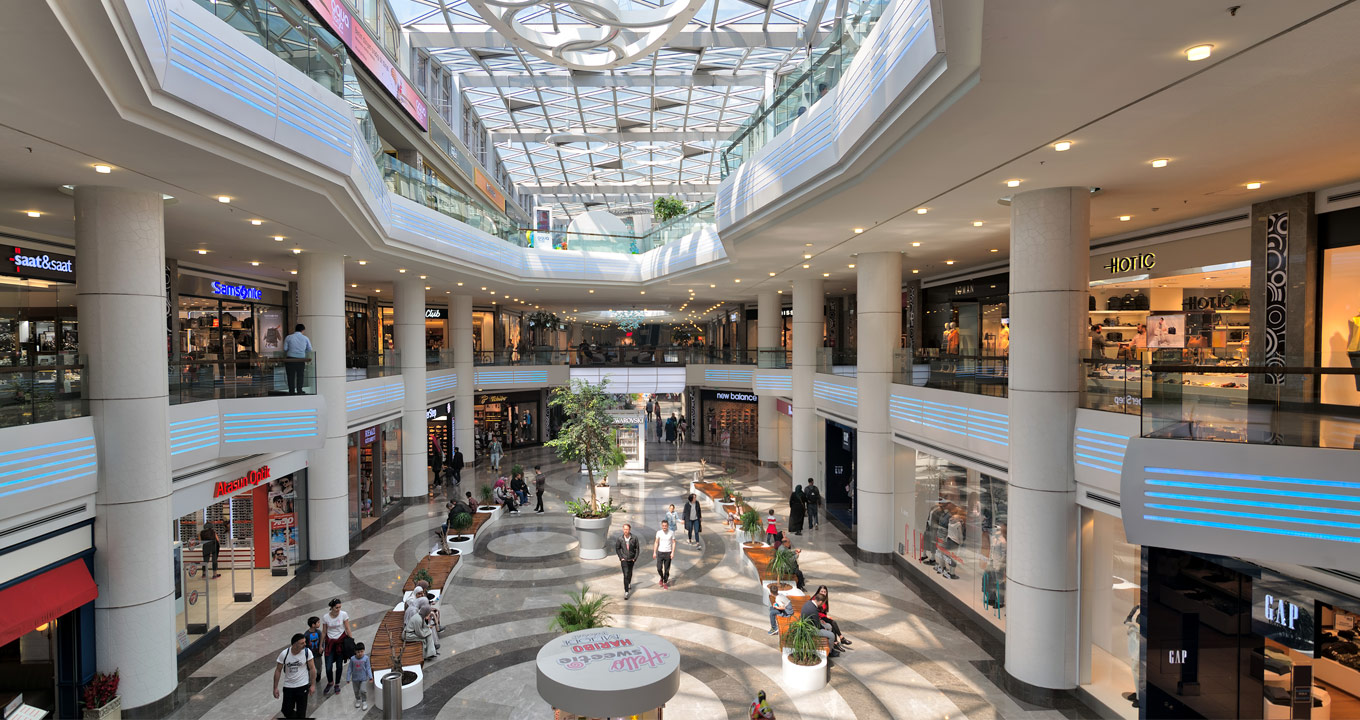 The interesting Aqua Florya is part of the same complex as the Istanbul Aquarium, which is the world's biggest themed aquarium with an incredible variety of attractions. It is also situated next to the Old Airport, making it a perfect stop for Istanbul travelers. Visitors will browse the 150 shops in addition to the aquarium; dine at one of the restaurants or cafes with sea views, a sleek Cinemaxium experience, and many more. 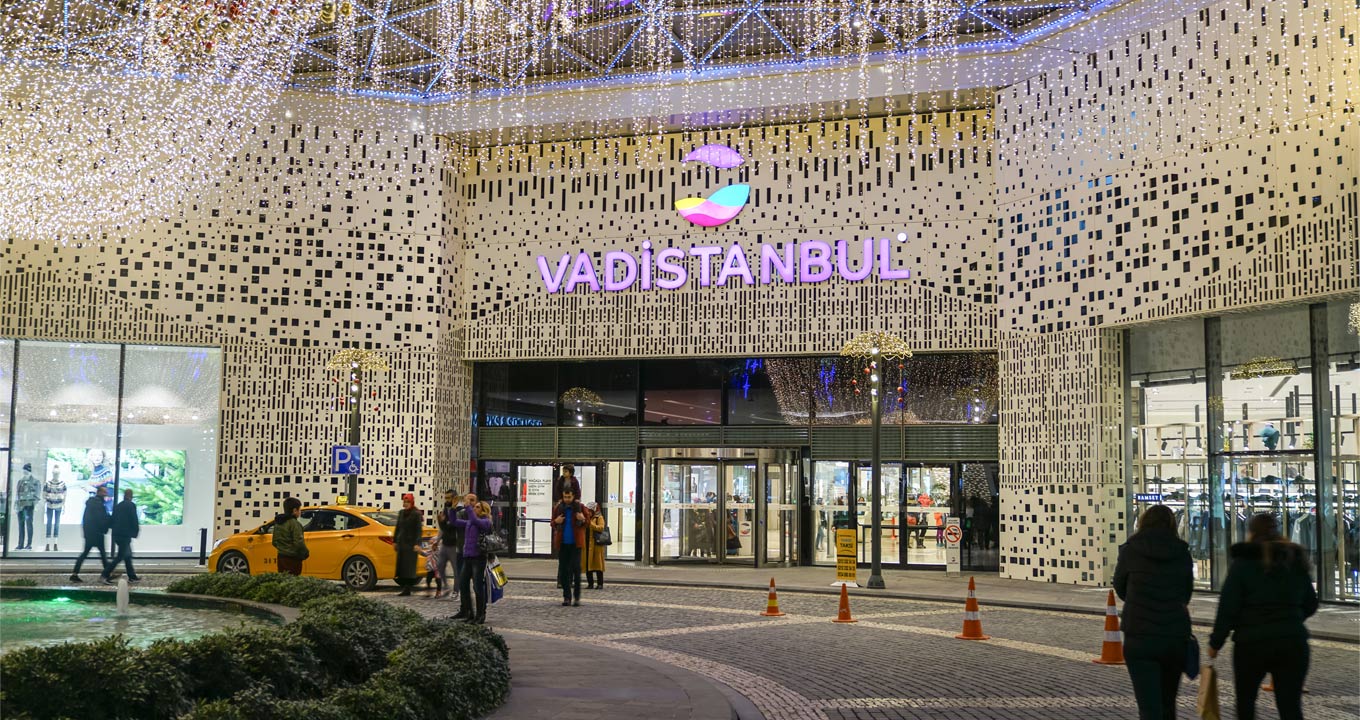 The Vadistanbul mall is another of the attractive malls in the European city of Istanbul and is considered among the newest malls built in Turkey, as it was inaugurated in late 2017.

What distinguishes it, but is unique to Vadistanbul Mall, as it contains a huge theater in which many activities and events are organized, as not a single day passes without hosting one of the major activities in Istanbul.

What also distinguishes Vadistanbul Mall is that it contains the Istanbul Valley complex, which includes many hotel apartments of the Radisson Blu Hotel near the mall.

In general, the Vadistanbul mall consists of three floors distributed over two floors for parking lots, the first floor for clothing stores of all kinds, the second floor for the cinema hall, restaurants, and a large balcony, and the third for the Vadistanbul cabarets, the huge theater in addition to cash machines for various Turkish and international banks. 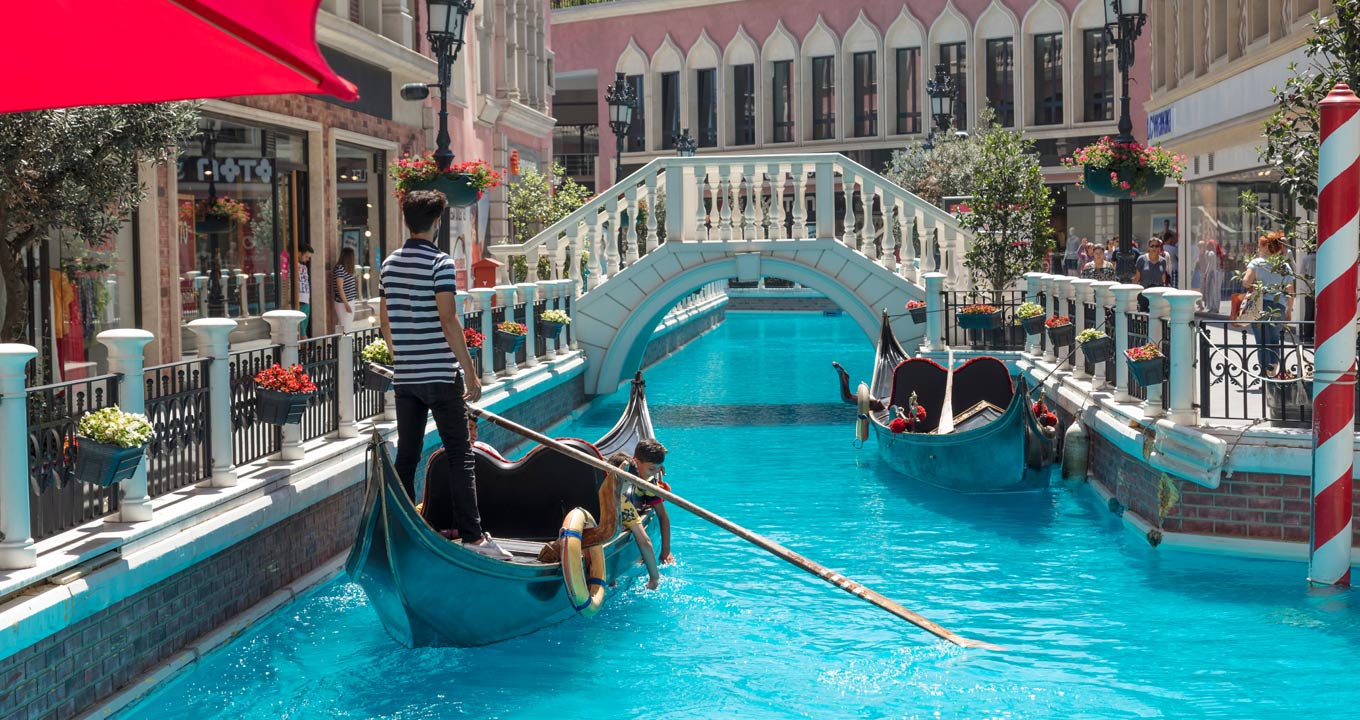 The Venezia Mall or Venice Mall is located in the European section of Istanbul in the Gazi Osman Pasha area, and it is similar in design to the Italian city of Venice, where wonderful water channels run in the middle of it crossed by pedestrian bridges and on its edges are spread shops that include the most luxurious international and local brands and many seats for rest.

In the middle of its canals, water boats run that take you to wander around the mall, with a tower in the middle resembling the Italian Saint Mark's tower.

Around the Venice Mall, Italian and local restaurants and cafes are scattered in addition to the mall. The mall contains a gorgeous residential complex that contains apartments, offices, and a high-end hotel. 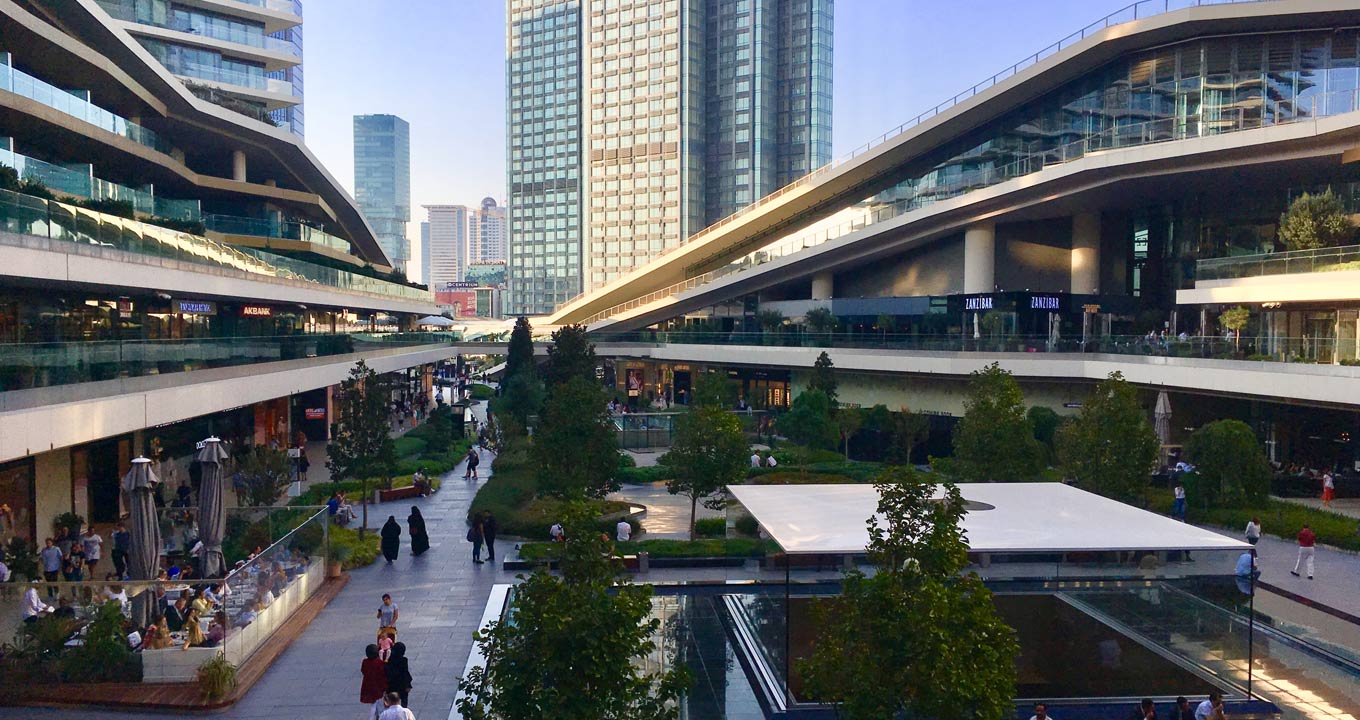 Zorlu Shopping Center, one of the best luxury shopping malls in Istanbul, is situated in a superb location in the lively Sisli area, with easy access to Gayrettepe Metro Station and excellent bus connections. 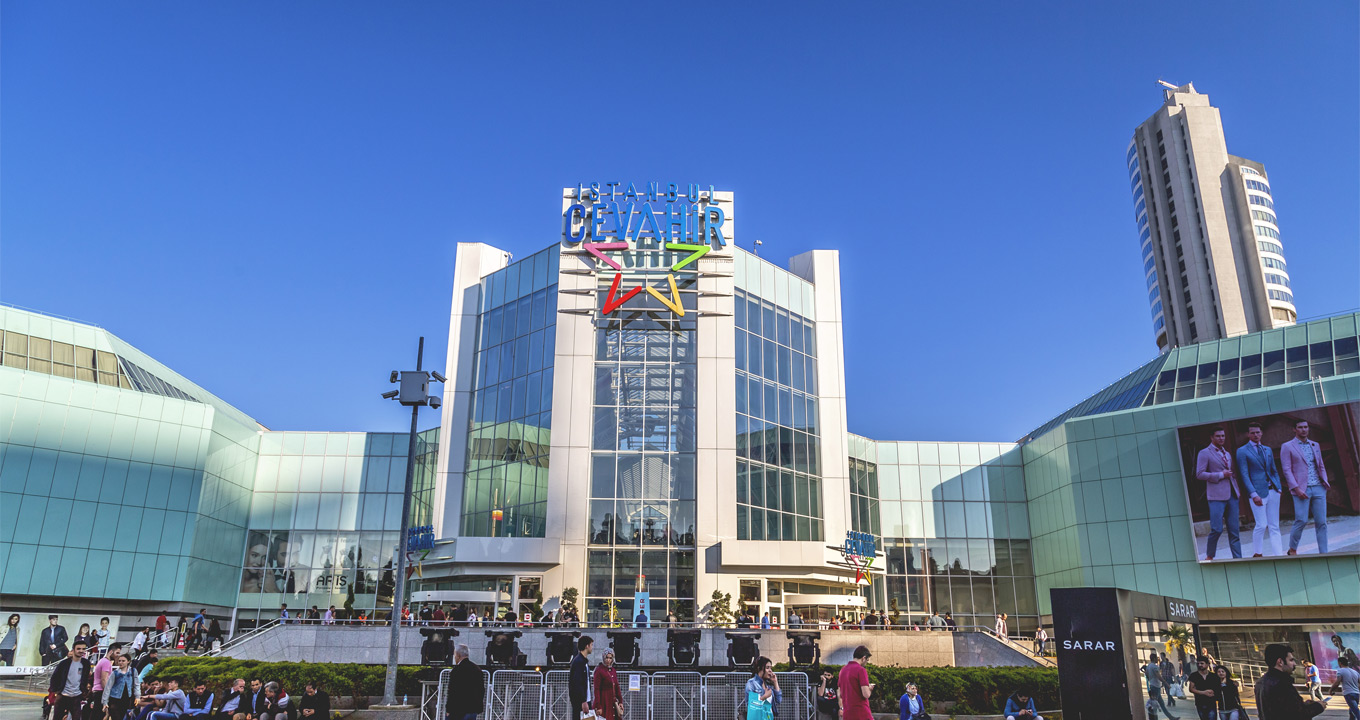 Located in the Sisli Neighborhood, on Buyukdere Road, Cevahir is relatively close to the popular Taksim Square and has excellent access to the public transport system. When it was completed, the shopping mall was the largest in Europe and is now one of the biggest shopping malls in Istanbul, with a wide range of shops and entertainment venues.

Cevahir Mall is characterized by the presence of a large clock in the middle of the glass ceiling as it includes 6 floors with about 250 shops in addition to the presence of a theater for artistic performances surrounded by a pool of water and cinemas, some of which are designated for viewing with 3D technology, in addition to an amusement park and bowling halls that are especially crowded at the end the week .

Among the popular hotels near it are the Grand Aras Hotel and the Radisson Blu Hotel, in addition to the metro station and Metrobus Mecidiyekoy. 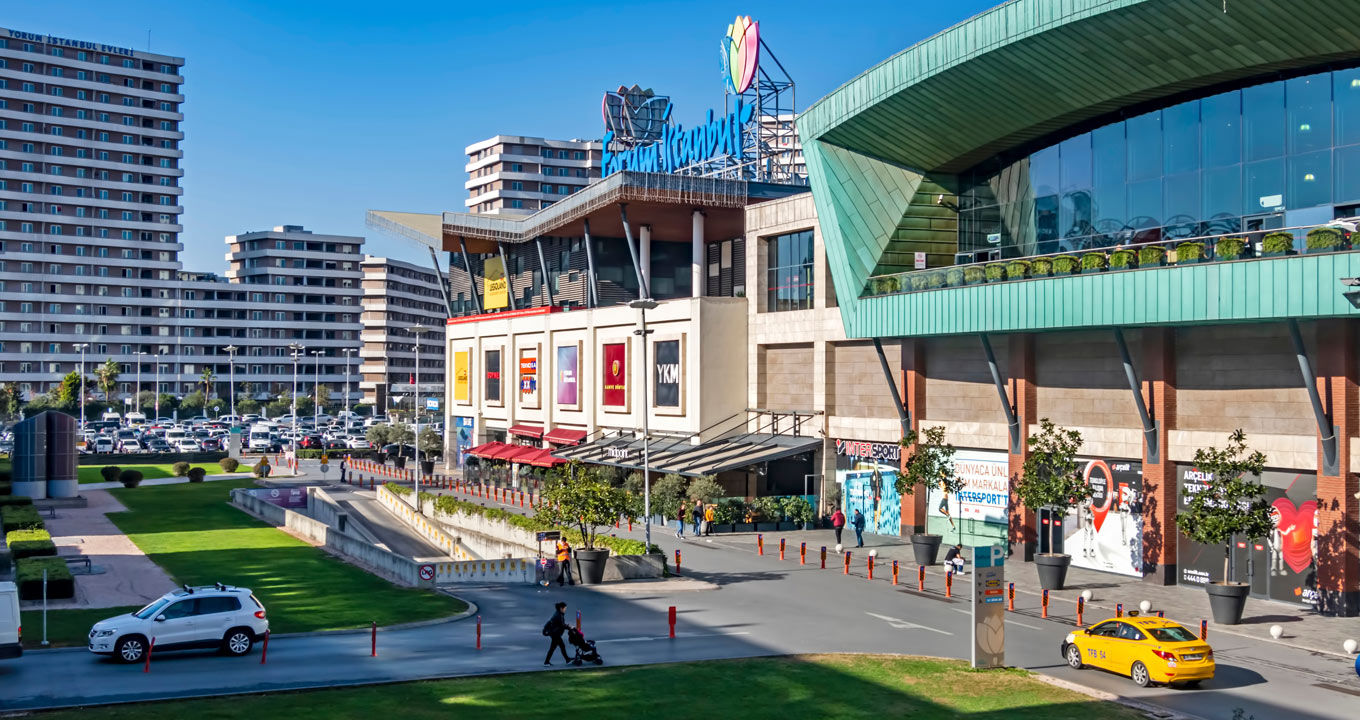 Forum Istanbul, the biggest outlet shopping center in Istanbul and Turkey as a whole is a complex destination that blends a balanced shopping destination with an entertaining entertainment venue. It resembles a miniature city and it may be challenging for tourists to explore the area. It is situated in the Bayrampasa District and between two busy highways, about 10 km away from the Old Town area.

It has easy access to the metro station of Kocatepe. Istanbul Forum spans a wide region of almost 300 brands, over 50 restaurants, and cafés.

What distinguishes the mall is that it includes one of the IKEA Istanbul furniture halls, where the visitor will find all kinds of furniture and home fixtures, and it is near the Wish Moro Istanbul Hotel.

In addition to that, the mall contains various Turkish and international brands, a cinema, restaurants, cafes, ATMs, etc. 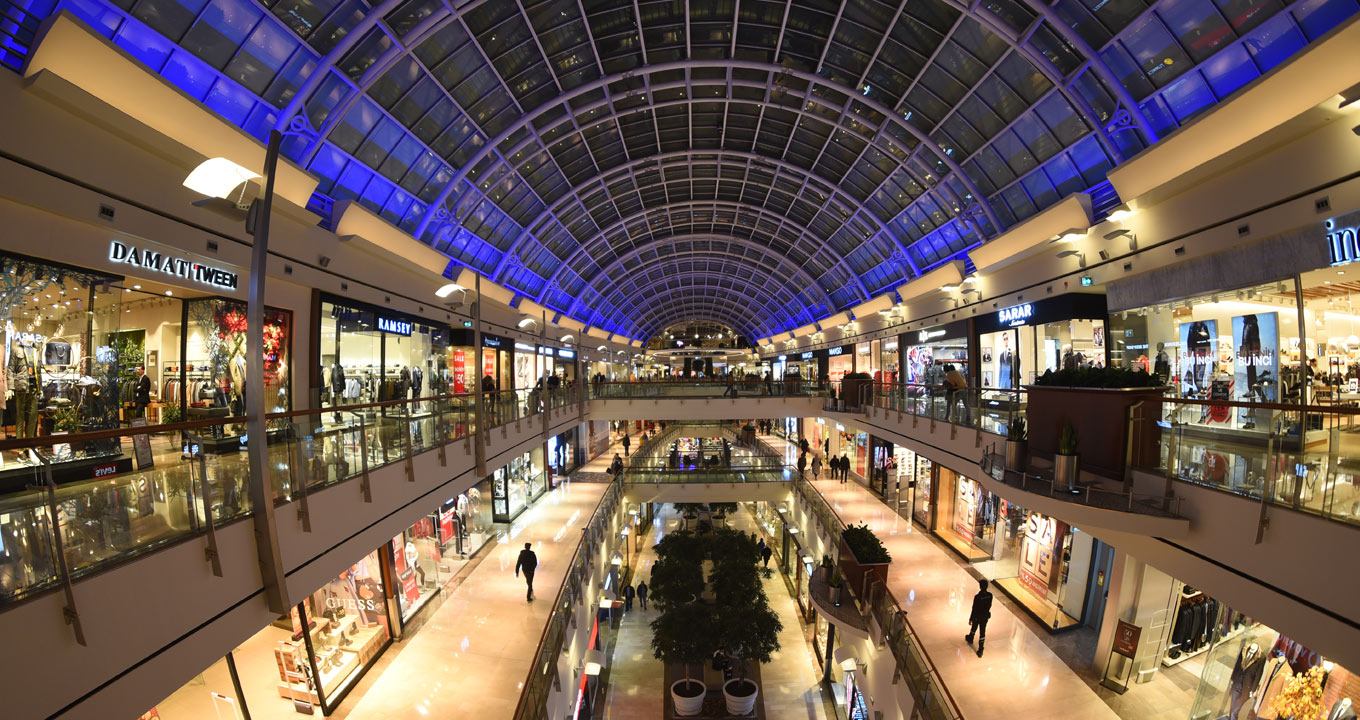 Perhaps the best of Istanbul's upscale shopping malls, IstinyePark is a perfect location for unique brands and amazing experiences. IstinyePark is situated in the Sarıyer district of Istanbul and draws buyers from high-end districts on the banks of the Bosphorus River.

While IstinyePark is a little further away from Taksim Square relative to previous shopping centers, it can still be reached by metro. It is worth a ride, though, as it boasts splendid architecture for both enclosed and open-air spaces, including a huge glass roof and a large central park.

IstinyePark has almost 300 shops and brands, many of which are lavish and exclusive, an authentic Turkish food bazaar, many pubs, cafes, bakeries, as well as a new cinema complex, a large gym and many other wonders.

Istinye Park Mall, which consists of 4 floors and a key in 2007, was ranked among the best and most prestigious types of malls in Istanbul several times. 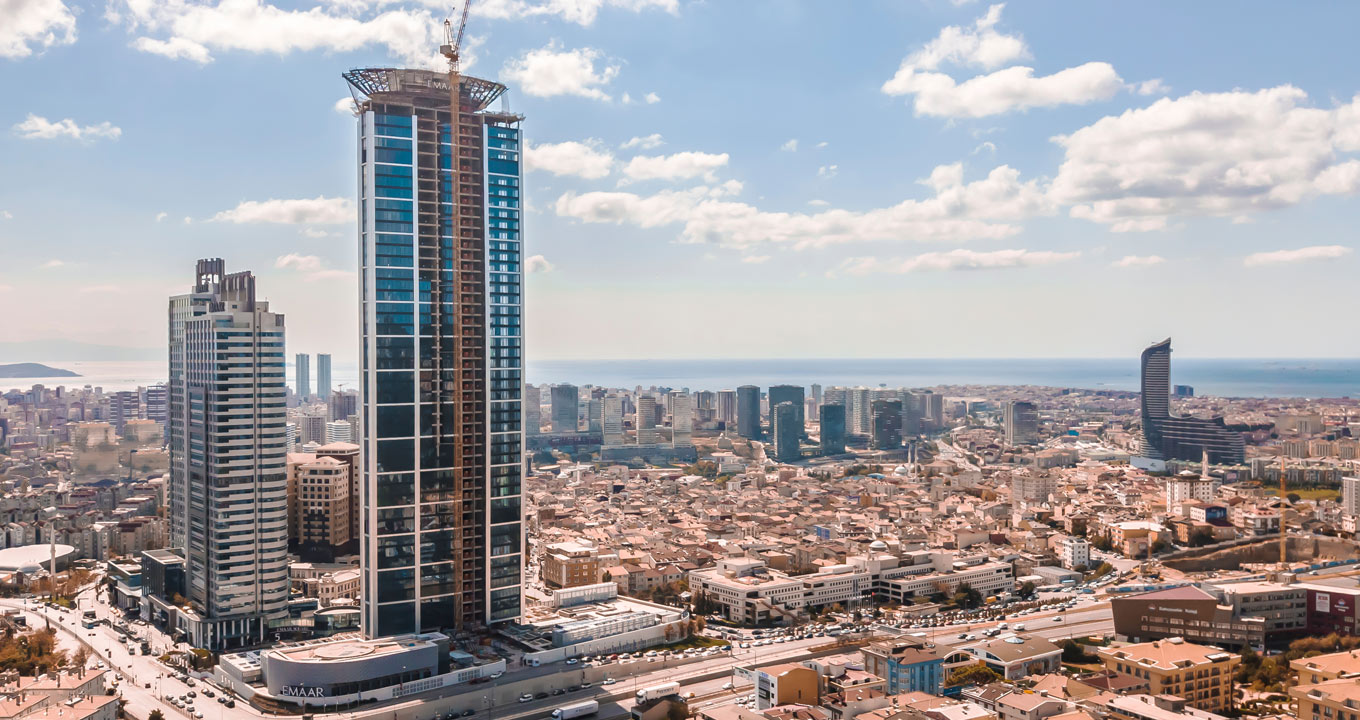 Among the most beautiful and luxurious malls on the Asian side of Istanbul, Emaar Mall, which was inaugurated in 2017 in the sküdar region, is according to a luxurious design as it contains a wide range of international brands.

Emaar Square Mall, another shopping mall on the Asian side of Istanbul, is situated in the Uskudar area of the city, with good access to public transport. It is planned to become the largest shopping mall in the world, with over 400 shops and many other amazing amenities, including a spectacular aquarium and aquatic zoo, a fitness centre, a wide variety of Turkish and foreign restaurants, an ice skating rink, a major cinema and much more. It has been built by the same company as the famous Dubai Mall. 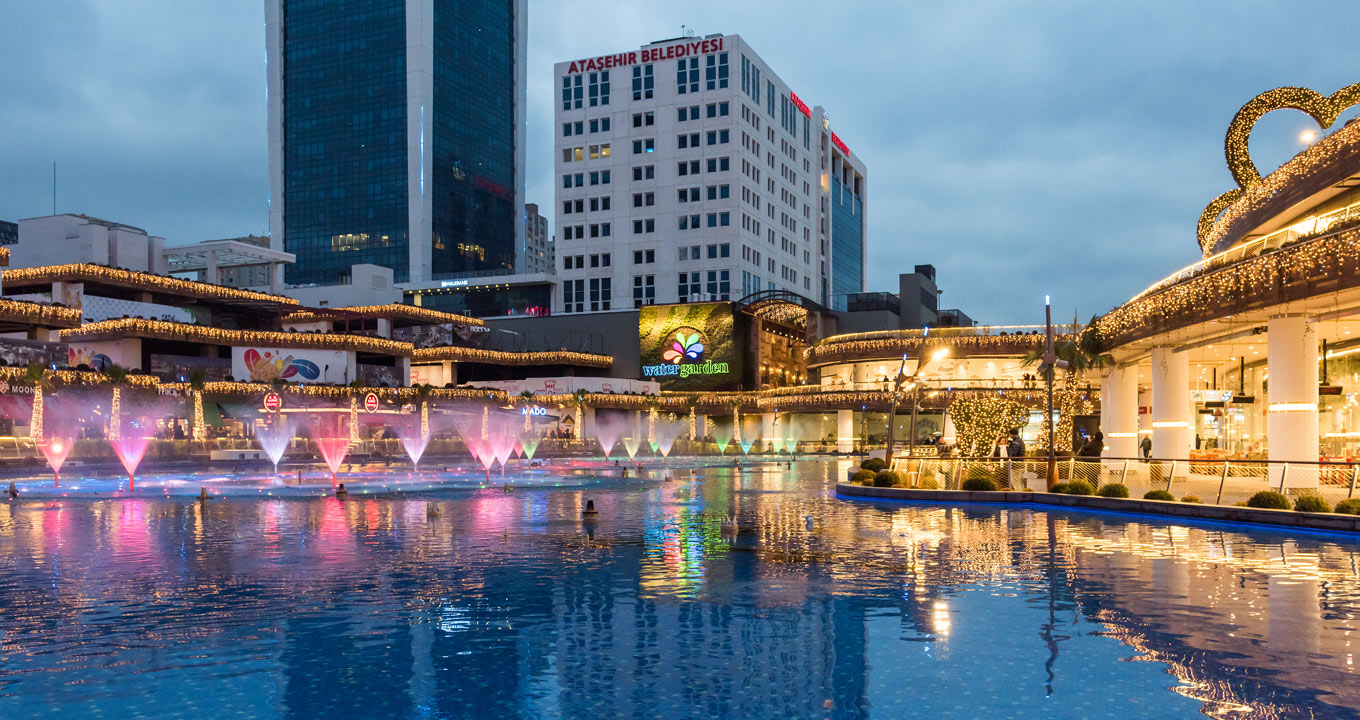 Water Park Mall or Water Garden, which is one of the largest and most beautiful malls in Istanbul, is located in the Asian section of Istanbul in the Atasehir region and is considered one of the most beautiful and largest entertainment centers in the world due to the presence of a lot of entertainment and fun in it for different family members.

And the mall is famous for its largest water pool (the dancing fountain) that offers fun music shows synchronized with water movements, colored laser lights, and fireworks.

The mall includes many activities that attract tourists to it to spend quality time with the family, as there are spaces for children to play in addition to the modern games that adults love, such as bowling and the like.

Water Garden Mall also includes cinemas and shopping stores for many international brands in addition to the presence of a bazaar to buy the best fresh vegetables and fruits.